A Lion Air flight crashed on a date with 50 and 23 numerology:

Notice how the manufacturer applied Serial Number 43000 to this plane.

The pilot was named Bhavye Suneja 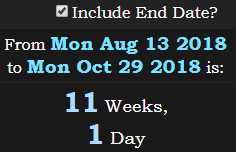 LionAir was founded 1 year, 73 days before the September 11th attacks:

LionAir has the same gematria as New York

New York was the most memorable attack site during the 9/11 attacks on the date leaving 111 days in the year:

Without the end date, the crash was 19 years, 10 days after the company’s founding, syncing up with the gematria of the pilot.

The aircraft that crashed today had been in service for 77 days, took off from Soekarno-Hatta airport, and crashed on a date with 77 numerology:

The airport the plane took off from celebrated its 33rd anniversary on May 1st, which was 181 days before the crash:

There were 181 passengers on board.

Indonesia gained its Independence on August 17th of 1945, which was exactly 73 years, 73 days ago:

The flight took off at 6:20 am. In Reverse Reduction, the word sacrifice sums to 62, matching the Ordinal value of Jakarta

Freemasonry is obsessed with solar eclipses
The crash was exactly 62 weeks after the Great American eclipse: 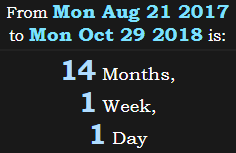 The President of Indonesia is Joko Widodo, who has one of my favorite names. He took office on December 20th, 2014, which was exactly 1470 days, or 4 years, 9 days, before the crash:

Lion Air was founded on a date with 147 numerology:

It was also a span of 4 months, 9 days after Joko Widodo‘s birthday: 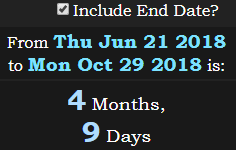 Lion Air was founded on October 19th, the 292nd day of the year:

Indonesia is 292 days before its next Independence Day:

Two days prior, we had a mass shooting in Pittsburgh, Pennsylvania

13 is the primary ritual code. The Lion Air plane crashed into the Java Sea just 13 minutes after taking off.

It was 130 days after President Joko Widodo’s birthday:

The Bavarian Illuminati was founded with 13 families on May 1st, 1776, on a date with 99 numerology:

Soekarno-Hatta Airport, where the plane took off from, also opened up on May 1st:

This was exactly 209 years after the Illuminati.

Initial reports claimed 188 were dead in the crash. 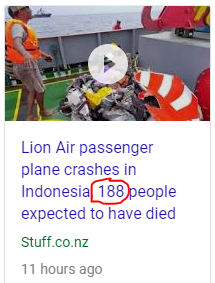