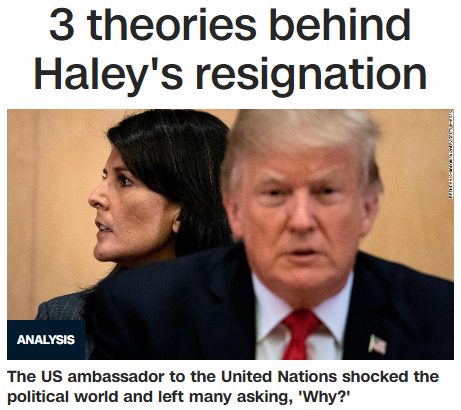 Nikki Haley has resigned as Ambassador to the United Nations on a date with 57 numerology:

The 19 Prime number is 67, ideal for a female ambassador’s resignation

It’s the date that leaves 83 days in the year:

Remember, the 19th amendment, written in 1919, gave women the right to vote.

Why was Haley chosen for the post in the first place? Probably numbers.

Trump is President # 45
On the date he was inaugurated, Nikki Haley was exactly 45 years old:

And how she has resigned….

On the date she resigned, Nikki Haley had been in the role for 88 weeks:

19 is a number I have repetitively revealed to be associated with women in the news.

There’s another connection with their birthdays. Trump’s is 14/6, matching Haley’s maiden name gematria:

Trump is currently 72 years old. Nikki Haley was born in the year ’72

It’s been a span of 1 year, 50 days since the Great American eclipse: 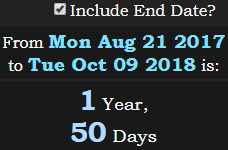