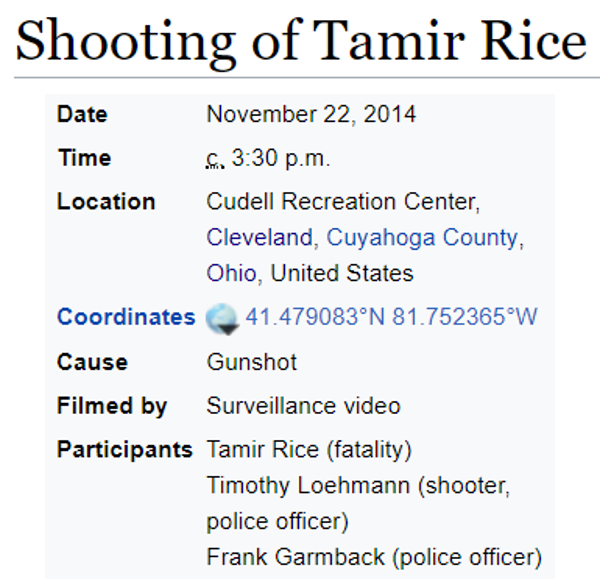 It occurred at the Cudell Center in Cleveland

The victim, Tamir Rice, was born on a date with standard numerology of 33

Cleveland is in Cuyahoga County, another C.C. or 3-3
The shooting happened at the Cudell Center, another C.C.

This shooting was on the same date Kennedy was assassinated in Dallas, Texas

This tribute to the shooting of John Kennedy occurred in Cleveland, Ohio

The victim had full birth numerology of 53

The Kennedy assassination was exactly 51 years before the Tamir Rice shooting:

Remember, it was the Kennedy assassination that gave birth to the term “conspiracy theory”

He was killed in Dealey Plaza, named after a 33rd-degree Freemason

Kennedy, was the 35th President. Rice was born on a date with a life lesson number of 35

As I frequently document, including just earlier today, the name of the victim(s) commonly match the names of the perpetrator(s).

317 is a hoax code. It’s the word LIE flipped upside-down

The shooting occurred in the state of Ohio

The date had 47 numerology

The state of Ohio was 211 years, 38 weeks after its date of admission to the Union: 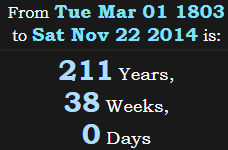 The date also had 38 numerology

The Governor of Ohio is/was John Kasich. He was 193 days after his birthday:

193 is the 44th Prime number
JFK was the 44th term President
The shooting was 4 months, 4 weeks after Rice’s birthday 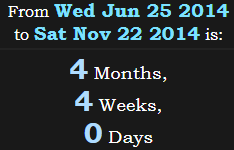 After arriving, a shooting with gunfire took place as an officer proceeded to kill Rice

Tamir Rice was born 2013 weeks after the Kennedy assassination

He was shot 21 weeks, 3 days after his birthday by Timothy Loehmann

This number brings us to the eclipse crucifixion code:

Rice passed away one day after he was shot. This was 151 days after his birthday: