I frequently document how catastrophic events, such as mass shootings or bridge collapses, are aligned with dates that are special to the jurisdiction in which they occurred. This appears to be the case with “natural” disasters as well.

To begin, Indonesia gained its independence in ’45

The date had full numerology of 89

The date also had standard numerology of 55

In that cipher, Sulawesi, Indonesia, the location of the earthquake, sums to 107, syncing up with the Ordinal value of earthquake

It was September 28th and had alternate numerology of 28

Both Sulawesi, Indonesia and earthquake share Exception gematria of 100

The earthquake occurred a span of 100 days after the birthday of Joko Widodo, the President of Indonesia:

Widodo was in his 1440th day in office. Interesting in light of there being 1440 minutes in a day. These rituals are always centered around the concept of time.

The word Tsunami has gematria of 92 in both English and Jewish:

This Tsunami occurred 9 months, 2 days after the 13th anniversary of the 2004 Tsunami that is credited for killing nearly a quarter of a million people.

The unofficial death toll for that storm is 227,000 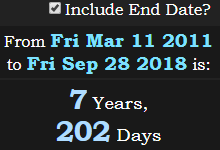