When Pope Francis arrived in America, he had been the Pope for exactly 923 days:

That same year, a film named Trainwreck was released. One of the film’s most recognizable traits is that it stars a cameo from LeBron James

The movie begins when Amy Schumer is 9 years old. Later on, they fast-forward 23 years ahead. (h/t Dan Behrendt)

The Philadelphia train wreck occurred 2 years and 60 days, or 26 months (end date) after he became Pope:

The date was May 12th, written internationally as 12/5

The Catholic Church is representative of The Synagogue of Satan 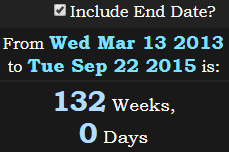 132 days later, Pope Francis was in the midst of his first-ever trip to North America as the head of the Catholic Church. That trip concluded in Philadelphia. On the date he arrived in America, he had been the Pope for exactly 132 weeks:

Measuring from the Philadelphia train wreck to the date Pope Francis arrived in Philadelphia was exactly 19 weeks, 4 days:

194 minutes on a clock is 3:14
This is attributed in the Jewish and English gematria of the word Catholic

The Catholic Church is headquartered in Vatican City, which gained its independence on the date February 11th:

211 is the 47th Prime number. Notice how 47 appears in the gematria of both Vatican and Francis

The Philadelphia train crash was actually in the suburb of Port Richmond, Pennsylvania

It happened 1 month, 27 days after the movie Trainwreck debuted at the SXSW festival earlier that same year:

We’re told there were 238 passengers on that train.