Three mass shootings in two days – somehow, the gunman failed to even kill anyone in two of them. Naturally, shootings are stamped with masonic numerology, as most of them are just staged ritual and nothing more. In this case, who even needs numbers? The shooting was in Masontown, Pennsylvania.

The gunman opened fire on September 19th, which leaves 103 days in the year, inside a municipal building

It was a span of 10 months, 3 days after the birthday of Pennsylvania Governor Tom Wolf:

This shooting occurred on September 19th, written 19/9
199 is the 46th Prime number
The date had numerology of 46, matching Masontown in that same cipher:

The words shooting and gunfire sum to 44 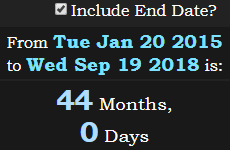 Active shooter has Reduction gematria of 61

The shooting fell 306 days after the Governor’s birthday:

Is it all a LIE?
Flip the letters in LIE upside-down and you get 713

This story was in the news primarily on September 20th, the 263rd day of the year: