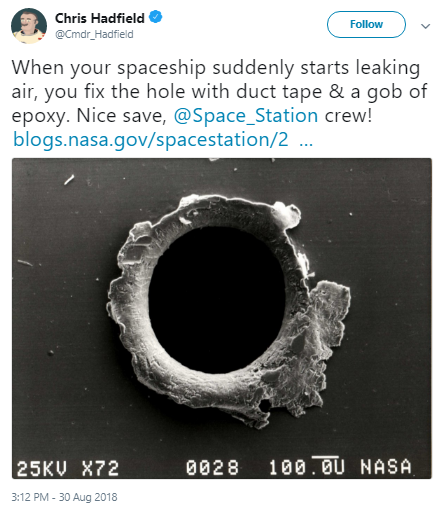 Check out this amazing Tweet from former astronaut and member of the International Space Station crew, Chris Hadfield:

Wow! Thank God for the fast-acting crew on the ISS to make the necessary repairs and keep their mission alive.

Wait a minute…let’s take a closer look at that photo. Is that really a hole in the ISS? Or is it…an album cover from the band Remedy Drive? 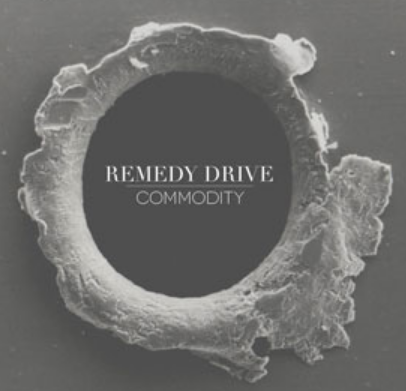 The album was released on September 23rd, the 266th day of the year, in 2014. 266 is an important number to space – it’s the degree of the ecliptic on which the galactic center sits. Also, Pope Francis is the 266th Pope in the history of the Catholic Church. Francis is a Jesuit.

The Society of Jesus is currently 477 years old:

The album was released exactly 47 months, 7 days before the ISS photo:

The picture was posted by a Canadian on a date that had 47 numerology:

Of course, there has to be some Pi numerology here as well, given that the hole in the ISS looks like a big circle

Pi is the 16th letter of the Greek alphabet

The album was called Commodity by Remedy Drive

The astronaut who Tweeted the image? Chris Hadfield

The date of the release, August 30th, had extremely Pi-like numerology. It was the same day as the New Mexico bus crash, which was one of the biggest pi rituals I’ve come across.