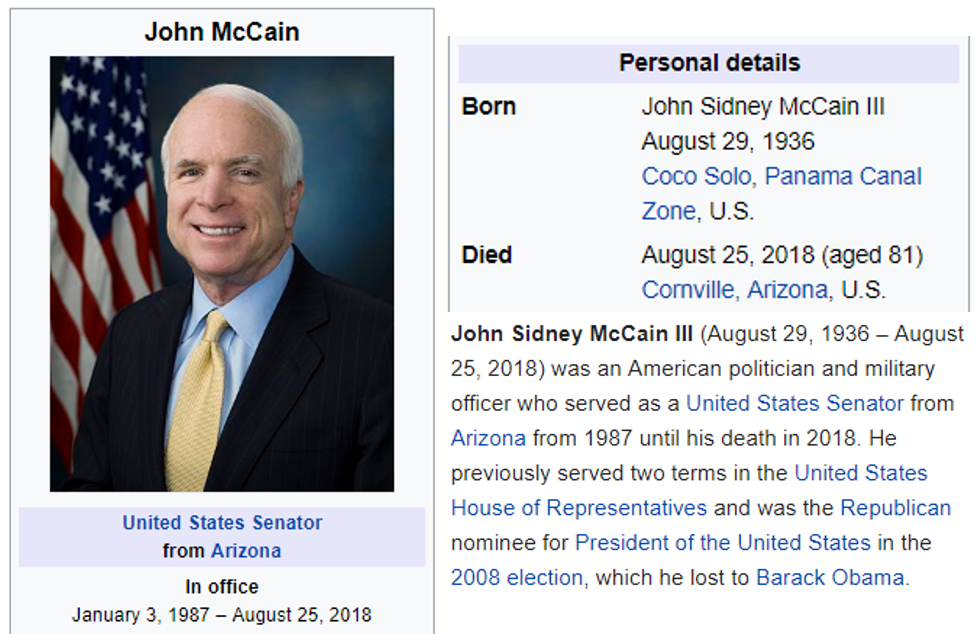 John McCain has 8 different government positions mentioned on his Wikipedia page. He was sworn in to all but one of them on January 3rd. John McCain was sworn in as Senator of Arizona on 1/03 of ’87

This post will explore the Telephone cipher, one for which Zenith of the Alpha has recently made a pretty decent case for. He’s the same bright mind that is responsible for my inclusion of the Franc Baconis cipher on my calculator. See his work in these videos:
Phone Words
Zenith’s Plea
Zenith on Gematria Effect

His full name has Ordinal gematria of 193

He died a span of 193 days after the anniversary of Arizona’s date of statehood:

He died 234 days after the anniversary of him taking office:

This is also the Ordinal gematria of his birthplace:

This place also sums to 1109, like how McCain has double gematria of 119

Arizona is 106 years old. So is John McCain’s mom, who is still alive. She was born just 3 days after Arizona became a state.

He died 7 months, 22 days after the anniversary of him taking office as Arizona Senator on January 3rd.

The 227th day of the year leaves 138 days on the calendar. McCain died 138 days after the birthday of Doug Ducey, the Governor of Arizona: