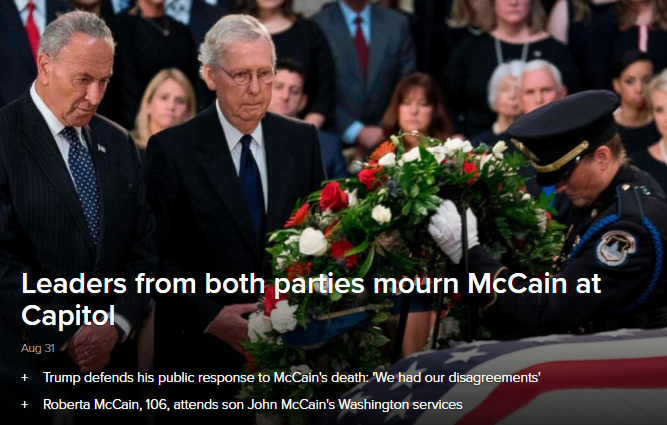 The moment we’ve all been waiting for…the two major political parties in the United States have finally come together.

You know things are tense in Washington when the news feels it necessary to point out that the parties are at least able to set their differences aside at a funeral.

Also – how wild is it that McCain’s mom is actually attending his funeral? That’s right – she’s not dead, she’s 106 years old.

106 was a significant number in the bus crash yesterday. Roberta has a couple other connections to the circle

The number of the Beast is revealed in the 229th verse of Revelation, which has 404 verses

Today is 205 days after her birthday: