Today has 52 numerology, fitting for a shooting in Jacksonville, FL

Today is the date that leaves 127 days in the year

127 is the 31st prime number, syncing up with the gematria of Madden

In the Reverse order, Madden 19 sums  to 251, like the phrase Ritual sacrifice

The Mayor of Jacksonville, where the shooting occurred, is Lenny Curry. He is exactly 2510 weeks old:

It’s also been 25 weeks, 1 day since Florida celebrated its anniversary of being admitted to the Union:

251 is the 54th prime number, syncing up with another method of date numerology:

Lenny Curry took office on July 1st, 2015, meaning he is exactly 3 years, 8 weeks into his tenure: 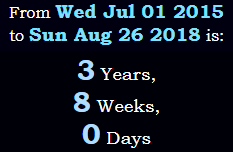 He was sworn in on a date with 43 numerology:

This killing in Jacksonville also occurred on a date with 43 numerology:

This brings us to Governor Rick Scott

He’s currently 7 months, 22 days after the anniversary of the date he took office:

When the shooting began, the two players who were live on the Twitch stream were both using the Atlanta Falcons. Last night, in Atlanta, someone ran on stage during a Jay-Z and Beyonce concert. The Governor of Georgia had been in office for 227 days.

As of today’s date, Rick Scott is exactly 3430 weeks old: 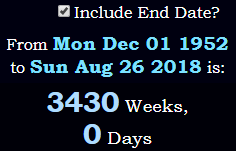 Flo Rida was 343 days after his birthday:

The name of the cafe where the shooting occurred was GLHF Game Bar. GLHF stands for “good luck, have fun”

It’s been 330 days since the worst mass shooting in U.S. history in Las Vegas:

The number 612 was super-significant to that ritual. I even made a post about it a few days after. So what are the odds that another mass shooting occurs in the same state exactly 6 months, 12 days later:

That Stoneman Douglas shooting was on the 45th day of the year:

Today has a life lesson number of 45

The shooting is at a video game tournament. Video game has double gematria of 45 in the Reduction methods:

Governor Rick Scott is the 45th Governor of Florida.