In my post on Dimebag, I theorized that the shooting that took his life was likely some sort of hoax. These types of hoaxes are perpetrated by high levels of modern Freemasonry, which was founded in 1717 under a Full Moon

In Hebrew, Moon sums to 218. Vinnie Paul’s last show was at the Hard Rock Hotel and Casino. Dimebag died while performing his last show at Alrosa Villa Nightclub

When referring specifically to our Moon, the Hebrew phrase sums to 223, the inverse of 322

As I explained in my post on Dimebag, his death was a ritual in relation to total lunar eclipses. This is supported by more of Hard Rock Hotel’s gematria:

Meton is the name of the astronomer credited with calculating the Metonic cycle, a 19-year period which is the most significant cycle of time in relation to the Moon

He died in Las Vegas, a span of 197 days after the 13th anniversary of Dimebag’s death:

197 is the 45th prime number. The number thirteen sums to 45 in both Reduction methods:

Vinnie Paul was born in Abilene, Texas
In the Reverse order, thirteen sums to 117
117 is the gematria of his hometown and his cause of death in Jewish gematria:

Dimebag’s death was in relation to the two total lunar eclipses of 2004, particularly the one that occurred on 5/4

Dimebag died a span of 256 days before his next birthday

2:56 on a clock is 176 minutes. Measuring between the Hard Rock Hotel and Casino in Las Vegas to Alrosa Villa Nightclub in Columbus, Ohio, gives us 1760 miles: 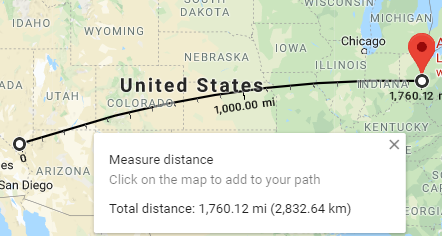 There are more similarities in the numbers of Dimebag Darrell and his brother Vinnie Paul.

Notice how major heart attack sums to 165 in Ordinal, the same as his brother’s full name:

The 2004 Death of Dimebag Darrell
A Little More Time…