Decided to run the numbers on the USA’s first World Cup match against Ghana in 2014, just to see if anything funky was up with the numbers. The fact that I’m making a post on this should provide a pretty good clue as to whether or not there was.

To begin, notice how American striker Clint Dempsey scored within the first minute of the game. Needless to say, a rare feat, especially for a team considered to be an underdog heading into the game.

The game was 14 weeks, 5 days before the founding of the Jesuits, the masonic order in the Catholic Church.

This means it was also 262 days after the Jesuit Order’s last anniversary:

“Jesuit Order” is a nickname for The Society of Jesus

He was 266 days before his next birthday, which is a major number to the Catholic Church that I haven’t documented much here on this Blog.

In the Reverse order, The Society of Jesus sums to 235. This is a special number due to there being 235 synodic months in the Metonic cycle. There are also 23.5 degrees between the equator and the Tropics of Cancer and Capricorn.

Dempsey’s full name has a match to the society’s Reverse gematria in the Kabbalah.
“Clinton Drew Dempsey” = 235 (LCH)

But more interesting than that, is the fact that the man who scored the team’s second goal also has this gematria in Reverse:

Dempsey was 99 days after his birthday on the date of the game.

John Brooks was 139 days after his most recent birthday:

I also appreciate the duration between their birthdays: 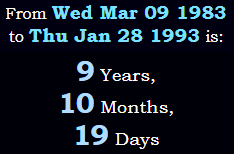 The head of the Catholic Church resides at the Vatican