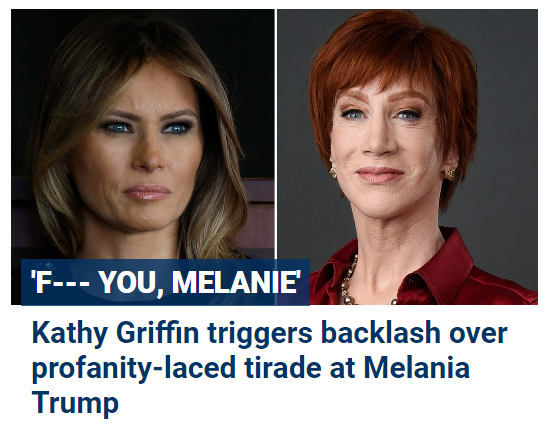 See why 857 is a significant number in this study.

113 is the mainstream media’s favorite number of deception

There are 113 months between the birthdays of Trump and Griffin:

I find it interesting how this number appears in Kathy Griffin’s hometown:

Griffin has the 13 ritual code in her Reduction gematria to boot:

Flip the individual letters of the word LIE upside-down and you get the digits 713. Griffin is currently 7 months, 13 days after her birthday.

She’s also 140 days before her next birthday

If you measure the exact number of days between their birthdays, you find it’s 3460 days:

Is this a coincidence? Nah…check out how Griffin is addressed in the opening line:

Remember last week, when Robert De Niro cussed out Trump on stage at the Tonys? He was 3903 weeks old. Hilarious…

So really, this is all about Donald Trump

This mayhem is unfolding a span of 88 days after Kathy Griffin posted a photo with a severed Trump head, an action she later apologized for. However, that apology was later rescinded.