Robin Williams was 23032 days old when he died:

351 is the 26th triangular number. Williams died on a date with a life lesson number of 26

His common name matches “Blood sacrifice” in Satanic as well:

In this same method, ritual human sacrifice sums to 911, a very similar number.

Turn 911 upside-down and you get 116. Williams died exactly 1106 days before the Great American total solar eclipse of 2017:

He died 116 weeks after the infamous Family Guy episode in which Robin Williams kept saving Peter from committing suicide:

Williams died the same date as the largest Supermoon of 2014. 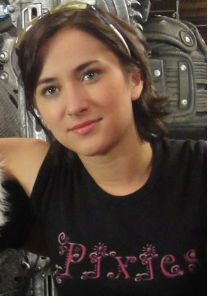 Williams had only one child. Check out how she’s wearing a “Pixies” shirt in her Wikipedia profile picture…

It’s interesting that he named her Zelda Rae Williams

Williams’ date of death was August 11th, the 223rd day of the year

The Moon’s most significant cycle of time is the Metonic cycle, which is a period of 19 years that syncs up with 235 lunar phases. Williams died in Paradise Cay, California

His highest-grossing film in which he had a starring role was Mrs. Doubtfire

Williams was born in ’51

156 is also the Ordinal value of 33, which is another sacrifice number

Including the end date, he died 3 years, 11 days before the eclipse. His daughter Zelda was exactly 300 months, 11 days old when he died.

Remember, Jesus was crucified under a solar eclipse in the Bible. This is believed by many to have occurred on the 93rd day of the year between 9 and 3 o’clock. See more on the significance of 93 to Christianity

13 is the primary ritual code