Roseanne was born to a “working-class” Jewish family in Salt Lake City, Utah. This in itself is not very noteworthy, other than maybe pointing out that lots of people in show business are Jewish.

However, I think it’s a strange detail that her family did not make it known to their neighbors they were Jewish. What were they hiding? It’s the belief of this blog’s author that some synagogues, especially in a state such as Utah, are connected to Jesuit/Masonic establishments that are actively engaged in an information war against the American people.

Again – it’s highly unlikely Mr. and Mrs. Rosenberg on your block are part of the New World Order or some wide-ranging conspiracy. But there’s no doubt that a high percentage of “elites” in this nation have roots in Judaism. Ultimately, they’d love for us to continue blaming “The Jews” for all the deception is this world, but it’s quite more complex.

Roseanne is an admitted student of the Kabbalah, which means she understands the importance of numerology and likely practices it herself. This story is excellent evidence.

May 29th, the date of the Tweet and the subsequent media avalanche, is exactly 196 days after the birthday of Valerie Jarrett, who was the victim of Roseanne’s racist Tweet.

So now we understand why the story made news today. But why was it Valerie Jarrett in the first place? Measuring between the birthdays of Roseanne and Jarrett gives us a span of 210 weeks, 3 days 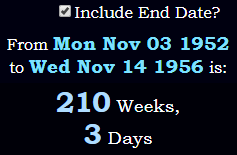 This is ideal for a story about Racism.

It’s pretty interesting that Roseanne was born on November 3rd. 113 is the mainstream’s number of deception, which comes from the Babylonian Talmud.

She also has this number in her name gematria. Remember, November 3rd is written internationally as 3/11

317 is another hoax code, and it too is found in her gematria, as well as in the name Valerie. Flip it upside-down and you get the word LIE

In most of my posts, I mention how 13 is used as the ritual code. Her name sums to 130 in Ordinal:

This makes it interesting that Roseanne had a back-and-forth with Chelsea Clinton this same day on Twitter. Chelsea is currently 91 days after her birthday.

Recall who the most recent celebrity to take a fall in the media was just last week:

Shortly after her racist Tweet, which is just part of the script Roseanne is playing out in “real life”, TMZ posted this screenshot of it:

Notice the 67 likes and 474 people talking about it.

Roseanne is currently 65 years old, syncing up with the Reduction gematria of the woman she attacked:

They both have the same Reverse Reduction gematria of 119, a number of Saturn, the All-seeing eye

Also worth pointing out that Valerie Jarrett has the same 214 gematria with and without her middle name:

On the date of her Tweets, Roseanne was 158 days before her upcoming birthday:

This story comes seven days, or one week, after the season finale of her rebooted television series.