641 is the 116th prime number. This crash occurred just 2 days before the Republic of Cuba celebrates its 116th anniversary since gaining independence from the United States in 1902.

The flight number was DMJ 0972. “DMJ” has matching gematriot with “Cuba”

187 is slang for the homicide code. 187 is a special number because it’s the only number to have the same digits in its prime relationship and prime factorization.

The crash occurred on a date with 61 numerology. Relevant, due to the fact that the plane took off from Jose Marti Airport in Havana, Cuba

The current President of Cuba is Miguel Díaz-Canel

Interesting numbers, especially considering we’re told there were a total of 113 people on board. 113 is the mainstream’s favorite number of deception.

Miguel Díaz-Canel, just turned 3030 weeks old a couple of days before this incident: 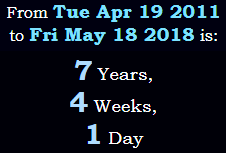 The current First Secretary of the Communist Party in Cuba is Raul Castro. He took office on April 19th, 2011. Measuring from that date to this plane crash: