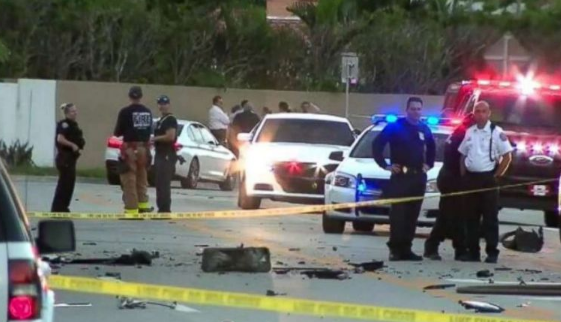 This ritual is a celebration of Tesla Motors.

Their 15th anniversary in July falls on a date with 19 and 46 numerology:

In a post from yesterday, I mention why 19 is coded into death rituals. It has to do with the Metonic cycle, the 19-year period that syncs up with 235 lunar phases. 46, meanwhile, is another number significantly-attributed.

Add up the names of the two victims and you find some pretty interesting alignments:

Both kids were students at Pine Crest school:

There was one survivor in this crash. His name was Alexander Berry

33 is a primary hoax code

“One hundred fifty-six” and “One hundred forty-one” both = 226 (O)
The third person in the car, who escaped alive, is named

13 is the other primary hoax code

A quote from the witness gave us a dubious number as well. Gematrinating only his quoted words:

“I saw the car coming too fast quietly, but I could hear the tire roar,” “bounced off the first wall, sideswiped it, then hit that corner and immediately burst into flames and moved that way, burning all the way, and it never stopped burning until it was burned up.”” = 3110 (RO)

Tesla Motors was 311 days after its anniversary on the date of the crash:

In my post explaining the significance of 1331, I show how both 133 and 331 are related to that number through gematria. Essentially, the number represents a total solar eclipse.

In the Bible, Jesus is crucified as an event matching the description of a solar eclipse takes place. Much of my work focuses on the idea that Jesus Christ was the ultimate eclipse sacrifice, and death rituals that have been taking place ever since are numerical tributes to that event, whether or not it truly occurred.

So you have to wonder what’s going on in this crash. The alignments are too convenient. The two 18-year-old men killed were named Barrett Riley and Edgar Monserratt

Really, there just seems to be no way this is a coincidence. But of course, there’s more.

The mathematics of the circle revolve around Pi

Measuring from the date Tesla was founded to the date of the accident: