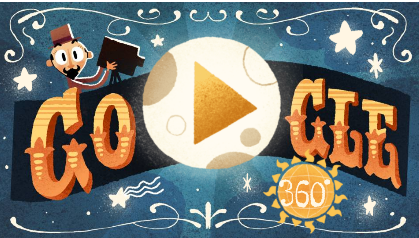 Today’s Google Doodle “celebrates” French filmmaker Georges Méliès, who was an eclipse sacrifice, with a video called “Back to the Moon“.

Georges Méliès was born on December 8th, written 12/8. He died 128 days before the next total solar eclipse:

Today is not his birthday, nor is it the date he died. This is unusual.

The Doodle, called “Back to the Moon”, was published on May 2nd, written here in the States as 5/2

The Americanized spelling of his first name also sums to 57

There are two highly-significant cycles of the Moon. One is the Saros cycle, which is 223 synodic months. The Hebrew word for “The Moon” sums to 223. This cycle allows us to predict eclipses.

The other cycle is Enneadecaeteris, which is 235 synodic months. This syncs up with 19 solar years within just a couple of hours.

He was born on a day full of Moon numbers:

Saturn and the Moon are highly-connected astronomically. See my slide explaining their cosmic “coincidence”.

Méliès died a span of 46 weeks before his birthday. 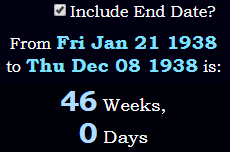 The Great American total solar eclipse was 8 months, 11 days before the Doodle was published:

You have to appreciate the fact that his last name is “Méliès”, like “me lies.” He’s famous for being one of the first filmmakers to use special effects and essentially “lie” to the audience about what they’re seeing on the screen.

Perhaps the most significant number of deception is 113, which has roots in the Talmud:

He died 1 month, 13 days after his birthday:

And think about the name of the film, “Back to the Moon.” We never went to the Moon in the first place.