Prince William and his wife Kate Middleton welcomed their third child this past week on April 23rd. They named their spawn Louis Arthur Charles.

Louis’s birth falls one day over 57 months since the birth of their first son, George. This is a number associated with the Moon

In Hebrew, Moon sums to 218 in traditional gematria and 38 ordinal, matching his birth numerology.

In English Reduction, “Moon” sums to 21

The same day Louis was born, there was allegedly a terrorist attack in Toronto that was centered around the number 210. It occurred just a day after a Major League Baseball record was broken with a 21-pitch at-bat off a 21 year-old pitcher in the Giants’ 21st game of the season.

But why is it so interesting that Toronto was in the news on that date? This attack was just 2 days after the death of Verne Troyer, who played the coach of the Toronto Maple Leafs in the film The Love Guru. 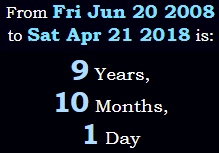 Verne Troyer died at exactly 18007 days old, just two days prior to Louis’s birth and the terror attack in Toronto. Measuring from the birth of Prince Louis, back to the birth of Princess Charlotte, William and Kate’s second child:

187 is of course a significant number – not is it only slang for the homicide code, but it’s also Biblical. It’s the number of chapters in the Torah, and it’s the only number with identical digits in its prime relationship and prime factorization – 1117 / 11×17

Louis was born on a date with 65 numerology

Think about 65 in light of the Korean vow of peace from yesterday. This July marks 65 years since the armistice at the end of the Korean War.

Recall that Prince died on the same date as Verne Troyer, exactly two years prior, at age 57.

Their summit was 2 months, 27 days after the recent total lunar eclipse: