The date had a life lesson number of 37. Perfect date for Márquez to hit Bryant of Chicago

Their birthdays are even 37 months apart: 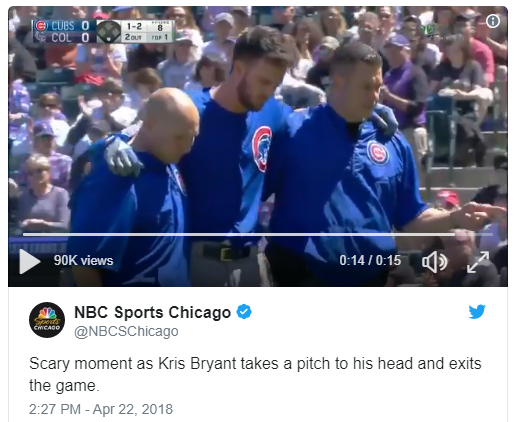 The article points out Bryant’s durability, having played 151 games in two out of the past three seasons

Bryant certainly played the role of “savior” to bring a World Series back to the Chicago Cubs. The return of Jesus is mentioned in the New Testament 318 times. The day he got hit in the face was 3 months, 18 days after his birthday:

This converts to 108 days. It was a 108-year World Series drought Bryant helped break.

“small laceration above his eye from his sunglasses, but has shown no signs of a concussion” = 1102 (RO)

108 days after his birthday, this also converts to 15 weeks, 3 days

It’s been exactly 1 year, 5 months, 3 weeks since the Cubs won the World Series: 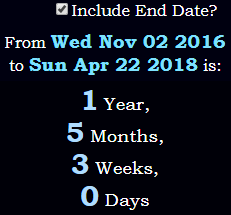 The name of the man who hit Bryant with the pitch was:

Their birthdays are a span of 50 days apart:

Measuring from their exact dates of birth, you find they’re 163 weeks apart:

Interesting Márquez was 59 days after his birthday, which is equivalent to 8 weeks, 3 days.

The date had appropriate numerology as well:

So we certainly know the games are scripted…..right? And if so, to what extent? You can’t tell me Kris Bryant stuck his face out into a pitch knowing he’d get hit in the eye with it. I really don’t buy that. Maybe Marquez was paid off? Or…Matrix?

Van Runs Over Pedestrians in Toronto, Canada
Another Man Forcibly Removed from Plane