Today, we get news of another vehicle ramming attack. This Toronto Van Attack happened on April 23rd in Toronto, Canada

Think about this in regards to the story about the 21-pitch at-bat against a 21 year-old in the Giants’ 21st game. 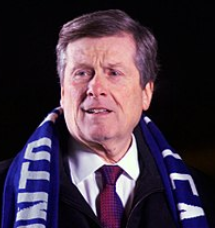 The mayor of Toronto is John Tory. He took office on December 1st, 2014. Measuring from that date to today: 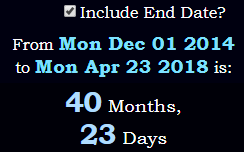 Today, Tory celebrates 177 weeks in office, which falls 143 days after the 3rd anniversary: 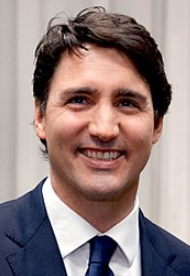 The prime minister of Canada is the sissy-looking Justin Trudeau. He took office on November 4th, 2015, meaning he has been in office for 901 days:

This is Justin Trudeau’s age today:

His time in office so far also equates to a span of 2 years, 5 months, 20 days. Today is the date leaving 252 days in the year:

It’s been 25 months and 2 days since the death of Toronto’s last mayor, coke-sniffing Rob Ford: 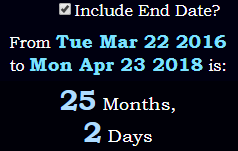 Rob Ford died in the year 2016 on 3/22. Interesting that his name also has 91 gematria, just as the current mayor does:

The 13th Fibonacci number is 233. Measuring from his death to this event: 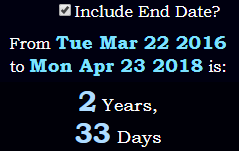 It’s also 95 days before the next total lunar eclipse:

There were three witnesses in the CNN Article linked up top. Two of them were named Mary Tan and Mark Dukes. Both have the Ram / Mar hoax code in their name.