Yesterday, Brandon Belt broke a Major League record by having the longest At-Bat in MLB history.

The 64th prime number is 311. There are exactly 3011 days between the birthdays of Brandon Belt and the pitcher he faced, Jaime Barría: 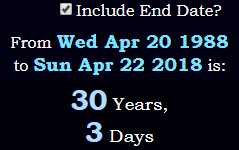 Barría’s birthday is 89 days after Belt’s: 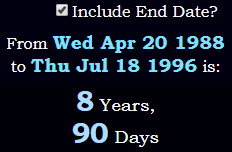 Brandon Belt’s initials are B.B., appropriate for the date of the 22nd. B.B. also looks like 88. Barria was 88 days before his 22nd birthday:

Pitch count records began being counted in ’88. Brandon Belt was born in ’88.