This Waffle House in Antioch, Tennessee was shot up by a man named Travis Reinking:

33 is the primary hoax code:

13 is the other big hoax code:

113, meanwhile, is the mainstream’s favorite number of deception

Antioch was founded in the year 1810. It’s being said the shooter was naked:

At first, it was said he was naked with a green jacket. Then, after the gun was wrestled away from him by James Shaw Jr., the “hero” of the story, they said he re-appeared with no shirt and black pants.

“Naked shooter” has matching gematria with both the name of the shooter, and the hero. You have to admit, it’s kind of funny this is one of those rare times you hear about the gun being wrestled away from the gunman, and it just so happens to be when he’s nude. These sons of…

This shooting occurred in the wee hours of the morning on April 22nd, written internationally as 22/4 but here in the U.S. as 4/22

4/22 is an interesting date. It’s 22 weeks, 4 days before the Society of Jesus’s birthday:

This date also fell 244 days after the Great American eclipse, which passed over the city of Nashville:

The death of Verne Troyer was themed around the book of Revelation. I see similar numbers here. The final verse of Revelation is 22:21, and 2221 is the 331st prime number
“Antioch” = 331 (EE)

The shooter has been named as Travis Reinking. Recall how I mentioned “King” is a hoax code – it’s a mockery of Christ, labeled King of the Jews.

The occult just celebrated Adolf Hitler’s 129th birthday. The name “Reinking” kind of reminds me of him.
“Reinking” = 129 (RO)

There are 404 chapters in Revelation:
“Antioch Waffle House shooting” = 404 (RO)

The mayor of Nashville is: 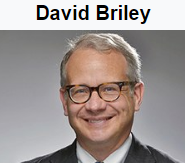 He was sworn in on March 6th, the date written 3/6. The 36th triangular number is 666, the number of the Beast

Measuring from that date to the date of this incident:

See why 47 is such a significant number to Freemasonry

There’s 47 degrees on the masonic compass, which is a tool used to draw a circle. To calculate a circle, we use pi, which begins with 3.14

Measuring from the mayor of Nashville’s last birthday:

As for the name of the “hero” of this story, James Shaw Jr., he also has a couple of stacked 13-33 hoax coding:

There are all sorts of numeric links between this and Verne Troyer’s death. Just to name a couple: