As I’ve previously mentioned, fake news is not exclusive to the national media. It’s happening right here in our hometowns too.

This hit-and-run accident happened at 6:10 pm. They’re pretty specific about the time. In fact, a woman claiming to be a friend of the woman killed says she saw it on the news at 6:10, even though that’s impossible because it took over an hour for the news to report it. Remind you of anyone?

This guy said he saw the first plane hit the World Trade Center live, even though it wasn’t on television.

Anyway, the reason 6:10 kept being mentioned has to do with the date numerology:

This car accident happened on 33rd and West Walnut. WW turned sideways is another 33. Also consider there is no East Walnut in Milwaukee, yet they made sure to say “West” in this case. On top of this, the stolen car being driven was a JEEP, which has the double-E, a backwards 33.

The name of the woman who died in this story is:

Look at these Jewy anchors: 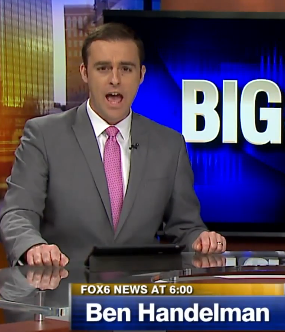 The man and the son are the primary hoax words. This buttplugger’s last name is Handelman – you better believe he knows how to handle a man. His face right there shows you his favorite method.

Not only that, but his name is Ben. In Hebrew, the word for “son” is pronounced “ben”. And look at the Jew he pitches the story to out on the street: 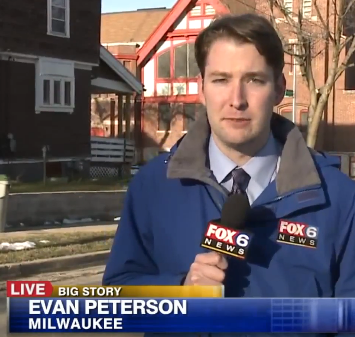 Would you look at that! It’s Evan Peterson. And you know what the peter means to these faggots. Holy shit…

Number Calculation Off:
“Police: Arrest made in fatal crash near 33rd & Walnut, 2 other subjects sought” = 911 (RO)

Over time, I’ve become a firm believer this station likes to code their propaganda using the English Kabbalah. 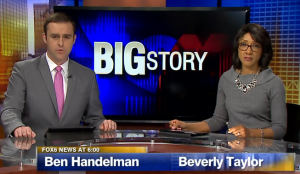 So is there physical evidence? There’s small pieces of wreckage on the corner, but at no point are any police or paramedics photographed anywhere near the area. The only image we see of the Hyundai Sonata after it’s been hit is from afar:

Is it just me or is there a 13 in the snow in this picture of one of the suspects running away? I’m no photo expert, but I bet if one would put this picture in Photoshop, they would see it was pasted in over the original photo. 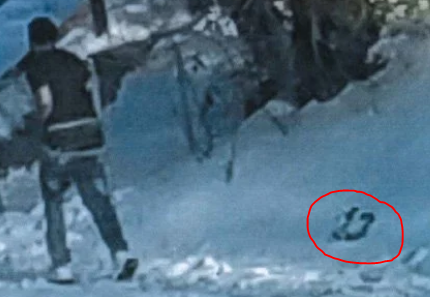