All of these people marching, all without a clue of what’s really happening. This race-baiting staged chaos is all about stirring up racial tensions…and as always, it’s done by the numbers.

Yesterday, we received news that the two officers who fatally shot Stephon Clark in Sacramento, California, have been cleared to return to work.

This news comes as Stephon’s brother, Stevante, was just recently arrested. As the story goes, Stevante was just living a normal, regular life up until his brother was killed, which “broke him”, according to his roommate.

Notice how Stevante has a T-shirt with a picture of his brother. This is a classic tactic of Zionist propaganda: 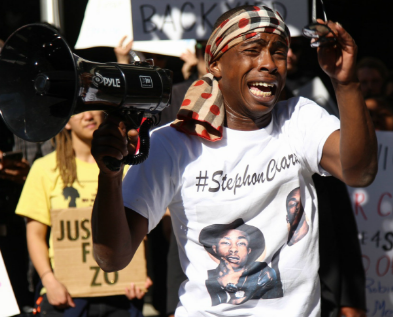