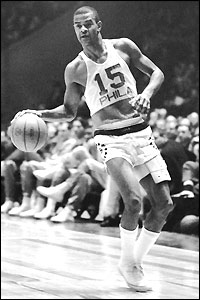 Hal wore #15 for the entirety of his 15-year career

Greer was the first player to ever have his number retired for the Philadelphia 76ers, the franchise he spent his whole career with. It occurred in the year ’76. A watchful eye would have seen this as a bad sign:

The riddles that carried him to his death began when he was named:

It appears as if his sacrifice is related to the Philadelphia Eagles’ Super Bowl victory. The Eagles won 41-33, meaning there were 74 points in the game, which was 9 weeks, 6 days before he died.

The date he passed away had numerology of 47

It’s interesting that Greer wore #15 in light of the Philadelphia Eagles just winning the Super Bowl in the NFL’s 98th season.

Yes, his death appears to be related to the eclipse:

Measuring from the 2017 eclipse to his death: