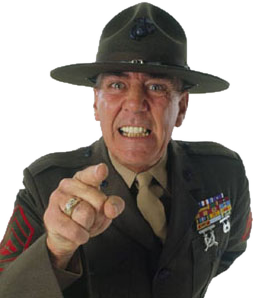 One must wonder if more than “complications” from pneumonia are what ended the life of actor and former U.S. Marine R. Lee Ermey.

His last name does sound a lot like “Army”…anyway, in that film, he plays a military officer, or more specifically, a gunnery sergeant.

253 is the 22nd triangular number. Ermey died 22 days after his birthday:

This means he died 11 months, 9 days before his next birthday. This syncs up nicely with his character from the famous film:

Prior to the 9/11 attacks, the Twin Towers were bombed on the date 2/26. This takes us back to Ermey’s name gematria, which is loaded with numbers of sacrifice:

He died 73 days before the anniversary of Full Metal Jacket’s release: