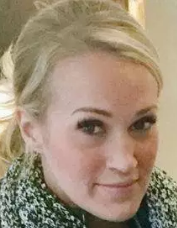 It’s being said that Carrie Underwood fell down her front stairs in November. Amazingly, they’re trying to tell us that she had 40 stitches – on her FACE. To get a cut requiring 40 stitches means you REALLY gashed yourself up. It’s basically the length of your face. Here is an example.

A month or two ago, a photo of Carrie at the gym leaked, and there was no evidence of any scarring. Now, another photo of her rehearsing has surfaced, and again, no signs of injury. 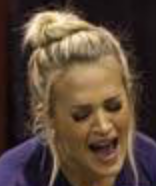 I guess it was the left side of her face. Either way, we know the media loves to lie to the public. It’s just what they do.

So why are they saying 40 stitches in particular? Consider that the 40th prime number is 173.

Including her middle name:

Carrie was born on March 10th, the date written internationally as 10/3

And it’s 1 month, 3 days after her birthday:

I always say the primary hoax codes are 13 and 33. As it turns out, these numbers make up the Jewish gematria of the name “Underwood.” Recall how the man playing Frank Underwood on House of Cards, Kevin Spacey, was involved in a huge media hoax involving sexual misconduct.

Carrie Underwood was born in the year ’83