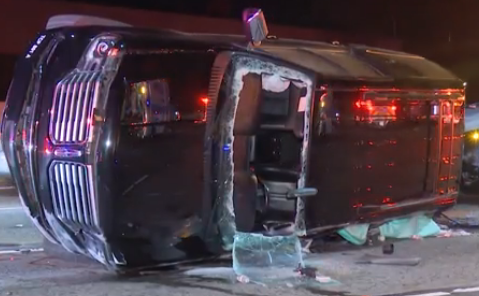 It’s said that actor Will Ferrell was in this SUV that tipped over on a California freeway last night: 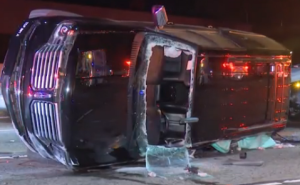 Ferrell was returning from an event an San Diego, where he was dressed as his Anchorman character, Ron Burgundy. 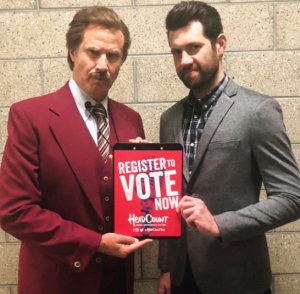 113 is the mainstream’s number of deception

159 is the Reverse value of Scottish Rite. In the standard order, it sums to 165

Ferrell has this value in his real name:

And it just so happens the movie turned 165 months old this week:

The gematria of “Freemasonry” factors into the dates as well.

It was 277 days after the 13th anniversary of Anchorman’s release. Appropriate to celebrate with a rollover accident:

Anchorman has some hoax numbers in it:

The crash occurred on April 12th, the date leaving 263 days in the year: