The Unabomber was arrested on April 3rd, 1996, normally the 93rd day of the year. 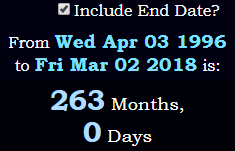 On the same day as the last bombing in Austin, prior to the bomber’s death, there was a school shooting in Maryland. The shooter’s name was Austin Wyatt Rollins:

The Unabomber was 909 months, 9 days old on the date of the first Austin bombing: 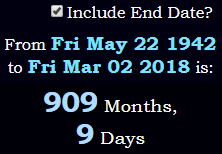 The date April 3rd leaves 272 days in the year:

Converting the above date span to years/months/days: 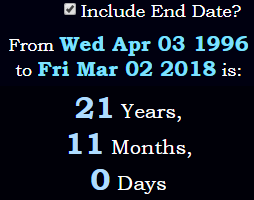 1:24 on a clock is 84 minutes. Measuring from his arrest to the first Austin bombing, converting to days:

WrestleMania 34, which will be on the date written in most parts of the world as 8/4, will be 8040 days after the arrest

Kaczynski, whose first bombing was in ’78, conducted his attacks from Montana.

He later moved to a cabin in the wilderness of:

3/23 is the birthday of Stephen Adler, current mayor of Austin. On the date Austin made national headlines for the bombings, this was his age:

13 is one of the primary hoax codes:

The date he was arrested had 103 numerology:

The Austin bomber died 13 days before the anniversary of the Unabomber’s arrest.

The bomb was built in:

The first victim to die from one of his bombs was 38 years old.

A similar attack is said to have resulted in “more than 200 pieces of shrapnel” entering a man’s body.

I think you get the point…