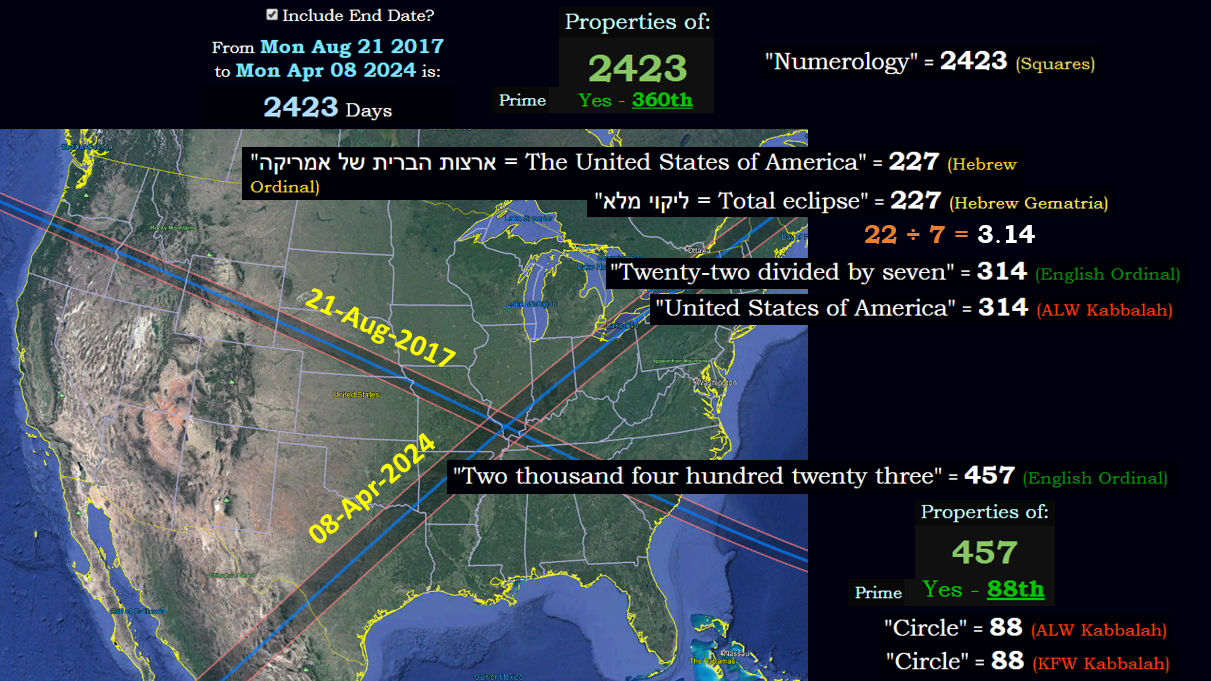 The recent bombings in Austin, Texas, were a tribute to the Great American total solar eclipses. These two eclipses are significant – they’re separated by 2423 days, the 360th prime number.

Note the path of the 2024 eclipse – it first enters the U.S. in Texas, and the path of totality will cover Austin. 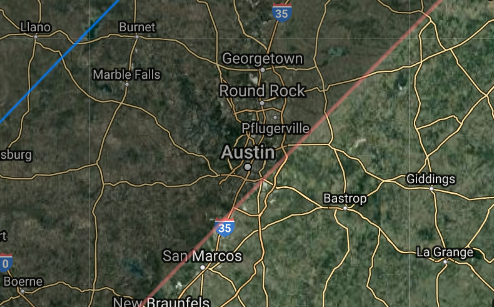 Perhaps the most famous media personality right now out of Austin, Texas is Alex Jones of InfoWars, a controlled opposition news site.

The mayor of Austin is named Steve Adler. Remind you of anyone?

Measuring from December 18th to March 12th is 84 days:

There were 8004 days between the Unabomber’s arrest and the first explosion on March 2nd.

The first bomb went off 19 days after Alex Jones’s birthday. The bomber would die 19 days later

This date was also a span of 19 days before WrestleMania 34.

It was 2230 days before the next Great American eclipse:

And it was 3 months, 22 days before Freemasonry’s birthday:

223 synodic months in a Saros cycle

There were 202 months, 30 days between the first and last Unabomber attacks:

The bomber’s name turned out to be:

Freemasonry turns 301 years old this year. This date was also a span of 301 days before Austin’s birthday.

Anderson was born with 13 days left in the year

One man was killed from that bombing. They’ve corrected the spelling of his name since my original post. His name was:

The next two blasts fell on the date March 12th, ten days after the first.

This was 29 days after Alex Jones’s birthday:

This date was also 29 weeks after the last Great American eclipse:

Austin, Texas was now 290 days before its birthday:

It was 291 days before Stone Cold Steve Austin‘s birthday. His real name sums to 290 in Reverse:

This date had 44 numerology

Remember 193 is the 44th prime number. One more person was killed from one of the explosions. His name was Draylen Mason

The 66th triangular number is 2211. Measuring from the date of the final bomb on March 20th to the date of that same eclipse that will cover Austin: 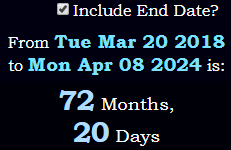 The bomber is now supposedly dead as of the morning of March 21st. This is another date with 44 numerology:

March 21st is written internationally as 21/3

It’s a span of 213 days after the last Great American eclipse: 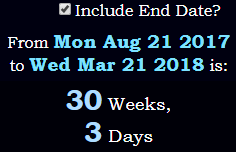 This was 3 months, 3 days after Stone Cold Steve Austin‘s birthday:

This also happens to be 3 months, 3 days before Freemasonry’s birthday:

Keep in mind – this is all after I predicted a major eclipse ritual at the beginning of the month. I was off by one day, but some of the measurements still apply with the end date included. Still a ways to go, however…