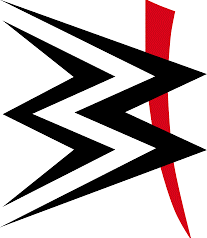 The WWE logo, when turned sideways, looks a lot like a 33 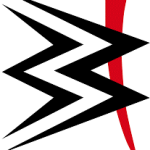 On three different occasions in a WWE match, 500-pound wrestler Big Show was superplexed from the top rope, causing the ring to collapse.

Measuring from the date of the first ring collapse to the third:

Building 7, which wasn’t even hit by an airplane, collapsed at 5:21 pm (Rounding to the nearest minute)

Measuring from his birthday to the date of the first collapse:

From the date the World Trade Center opened to the date of the third ring collapse from a superplex:

The proposal for the complex was originally accepted by the New York Port Authority on March 11th, 1961, written 3/11

Brock Lesnar, who delivered the superplex, was exactly 311 months old:

Lesnar’s nickname is “The Beast”

Measuring between these dates:

Interesting that the first collapse occurred on 6/12 in light of everything that’s unraveled with 612 in the time since. See my post on that if you haven’t already.

Mark Henry was the man who delivered the second superplex. His birthday is 6/12. At the time of this event, he was 40 years, 4 months old

The event was on a date with 44 numerology:

In the Kabbalah, his full name sums to 193, the 44th prime number

The Big Show was 257 days after his 39th birthday: 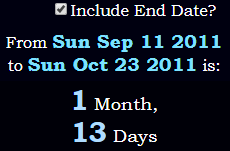 The third and final collapse occurred on an episode of RAW that aired on April 17th, 2017.

This time, it was Braun Strowman delivering the superplex. His age on the date of the collapse:

But his age in days is more interesting…recall, it was buildings 1, 2, and 7 that collapsed that day.

The date is written internationally as 17/4

And at last…WTC construction began in the year ’68, the same year 9-1-1 became the nation’s emergency dialing code.