In my post on the Stoneman Douglas HS shooting, I mentioned how their mascot is named the Eagles, and the Eagles just happened to win their first Super Bowl. They also share the same exact logo:

The Super Bowl was in Minneapolis, where Marjory Stoneman was born.

But despite all that, it turns out this shooting is actually even MORE connected to the Chicago Cubs World Series win. Imagine that…we find a slam-dunk connection to a recent sports championship, and it’s not even the best one.

The original St. Valentine’s Day Massacre occurred in Chicago in 1929.

The man who caught the final out for the Cubs, ending the World Series in 2016, was Anthony Rizzo. It just so happens that he graduated from Stoneman Douglas High School.

His birthday is 8/8, once again connecting to Back to the Future, where time travel occurs at 88 mph. Chicago DJ Kent Herb died at age 88 just before the World Series started. The Marlins scored 8 runs in the 8th to beat the 88-win Cubs in the 88th year of Wrigley Field…there’s more.

Anthony Rizzo currently has 890 career hits. This Valentine’s Day Massacre fell 89 years after the one in Chicago.

Measuring from his last birthday:

The Cubs logo is a circle 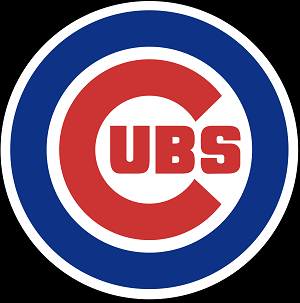 Nikolas Cruz was 143 days after his birthday on the date of the shooting:

3.14 are the first three digits of pi. This shooting was 314 days after Marjory Stoneman Douglas’s birthday.

Because Game 7 ended after midnight, measuring from the date they won the game to the date of the incident at Stoneman Douglas High School:

Including the end date, or simply measuring to the date the game began: 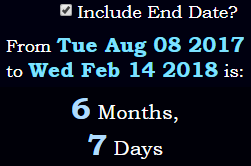 67 is the 19th prime number. Not including the end date, the shooting was 190 days after his birthday:

Anthony Rizzo made his Major League debut on a date with 19 numerology:

There are 19 years in the Metonic cycle, perhaps the most significant cycle of time. The word for Time sums to 109 in Greek:

Every 19 years, the moon returns to the same spot in the sky in the same phase. Often, there is a solar eclipse on the same date, exactly 19 years apart.

Valentine’s Day is the 45th day of the year

From the date of Game 7, when the Cubs won the World Series, to the date of the Stoneman Douglas hoax: 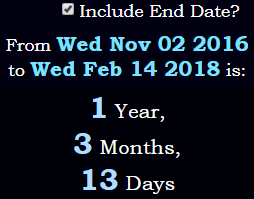 Anthony Rizzo made his Major League debut 1 month, 30 days before his birthday

From the date Marjory Stoneman Douglas died, to the date of the hoax:

Marjory was famous for promoting conservation of The Everglades

That massacre occurred in Lincoln Park, Chicago. The lead singer of Linkin Park recently faked his death on the 48th anniversary of the Eagle landing on the Moon. The 48th prime number is 223

That moon landing was in the year 1969

The school was established in 1990, meaning it turns 28 this year

The high school’s motto is:

Their principal is named:

Rizzo turned 1488 weeks old the day before the shooting

The shooting was on February 14th, which is written internationally as 14/2

I’m sure there’s more to this but seriously, who in their right mind could look at all this and think it’s just a coincidence. The news is fake, the sports are rigged, and it’s all meant to keep you in fear and submissive to the state.

This knowledge must continue to spread until it becomes unusual NOT to know.