Those of us in the truth community, particularly those who are working to spread awareness of the usage of gematria, understand that the mainstream has “approved” conspiracy theories and researchers. They’ll lightly touch on these from time to time, and occasionally, they’ll have what they consider a “conspiracy theorist” on air and actually interview them.

Despite this, you’re never going to see Zach Hubbard or myself on the national mainstream news, because what we’re sharing is knowledge that is truly damaging to the occult in power.

One of these “approved” researchers is Professor James Fetzer of Minnesota-Duluth. He’s well-known for discussing conspiracy theories behind the 9/11 attacks, and has also gone on record to expose the Sandy Hook hoax.

Is it possible this man is a “coded agent”? I can’t say I ever heard any explicit disinfo from Fetzer, although there’s a lot more (like gematria) that he should be sharing. 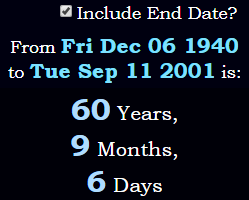 WWE Wrestlers w/ Numbers in Their Name
The Numerology of the Tupac and Notorious B.I.G. Murders