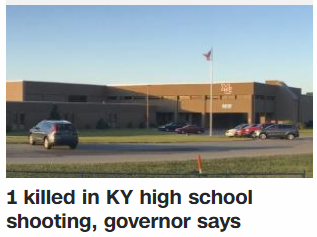 Why is the GOVERNOR the source of information?! Remember how 777 is a stamp of masonic activity. Governor Matt Bevin took office on December 8th, 2015.

The shooting, which occurred at Marshall County High School, is a tribute to the Jesuit Order.

UPDATE: The shooter’s and victim’s names have now been released

Even his Jewish gematria syncs up:

Combining the two victims’ names matches the name of the shooter:

The Jesuit Order’s motto is “For the Greater Glory of God” = 351 (Reverse Ordinal)  |  Measuring to the governor’s next birthday:

The Society of Jesus was founded on September 27, the 270th day of the year.
“For the Greater Glory of God” = 270 (English Ordinal)

The gematria of the headline gives it away:
“1 killed in KY high school shooting, governor says” = 2727 (Jewish) 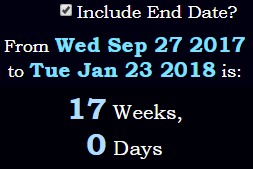 17 is heavily-coded into death and sacrifice. See slide. Today has 17 numerology.

The governor’s Tweet sums to the 170th prime number.

113 is the number of deception.

Today has more perfect numbers for a false flag shooting: