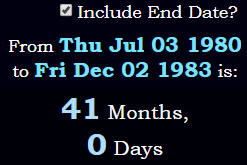 Green Bay Packers’ Quarterback Aaron Rodgers is now dating race car driver Danica Patrick. This came up on the phone with my brother yesterday and I pondered the same question I did with regards to Prince Harry.

Rodgers, a guy who my female friends don’t necessarily find particularly attractive, is still THE man in Wisconsin when it comes to athletes and celebrities. He’s got his pick of women…so the fact that he’s once again dating a woman older than him is a little perplexing.

Judging another man’s preference in women is not really my place…hell, my ex was a couple years my senior, as have been most women I’ve been with. So maybe he’s just a regular dude.

But as even this article states, it just seems like a “weird” couple. So I decided to run the numbers to see if something funky was up, and it appears there is.

First off, it must be known that Rodgers’ last well-known girlfriend was Olivia Munn.

So he goes from dating Munn, who was 3 and a half years older than him, to Danica Patrick, who’s almost exactly 88 weeks older than he is.

But what’s more interesting is the number of days:

113 is also the number of deception.

So it’s not implausible to think these are just relationships made for the cameras, knowing now how kabbalists are running the world by the numbers. After all, the reason Rodgers and Patrick met was because she wrote a “workout”.