We’re all familiar with rock ‘n’ roll’s 27 Club, a long list of celebrities, most often musicians, who passed away suddenly at the age of 27. There seems to be a reason this number is so fateful.

In the first paragraph on Wikipedia, they list a quote calling him “arguably the greatest instrumentalist in the history of rock music” = 2727 (Satanic)

In my research, it appears as if ritual sacrifices are commonly aligned with the dates of total solar eclipses. I’ve documented this in numerous videos over the past several months. See this slide to understand more, and see why 290 is so significant.

Measuring from the date of his death to what would have been his next birthday:

The number 44 is a number commonly-themed in murder by numbers. Hendrix’s death is a perfect example.

Hendrix was born on and died on dates with 44 numerology.

In the Kabbalah, “Ritual sacrifice” has double gematria of 212.

Jimi’s death was a tribute to total solar eclipses.

67 is one of a handful of numbers found within the standard gematriot  of the various phrases relating to sacrifice and solar eclipses.

Hendrix was born 69 days before the next total solar eclipse.

That birthday fell 433 days after the previous total solar eclipse.

This was 2 years, 57 days after the total solar eclipse before that.

Measuring ahead two total eclipses from his birthday: 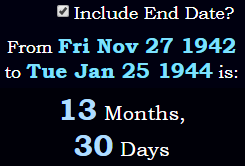 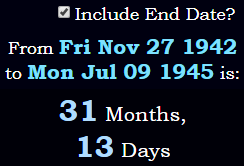 As seen in the above linked slide, 254’s significance comes from “Enneadecaeteris”, the Greek word for the Metonic cycle.

Hendrix was born 309 weeks, 3 days before a total solar eclipse.