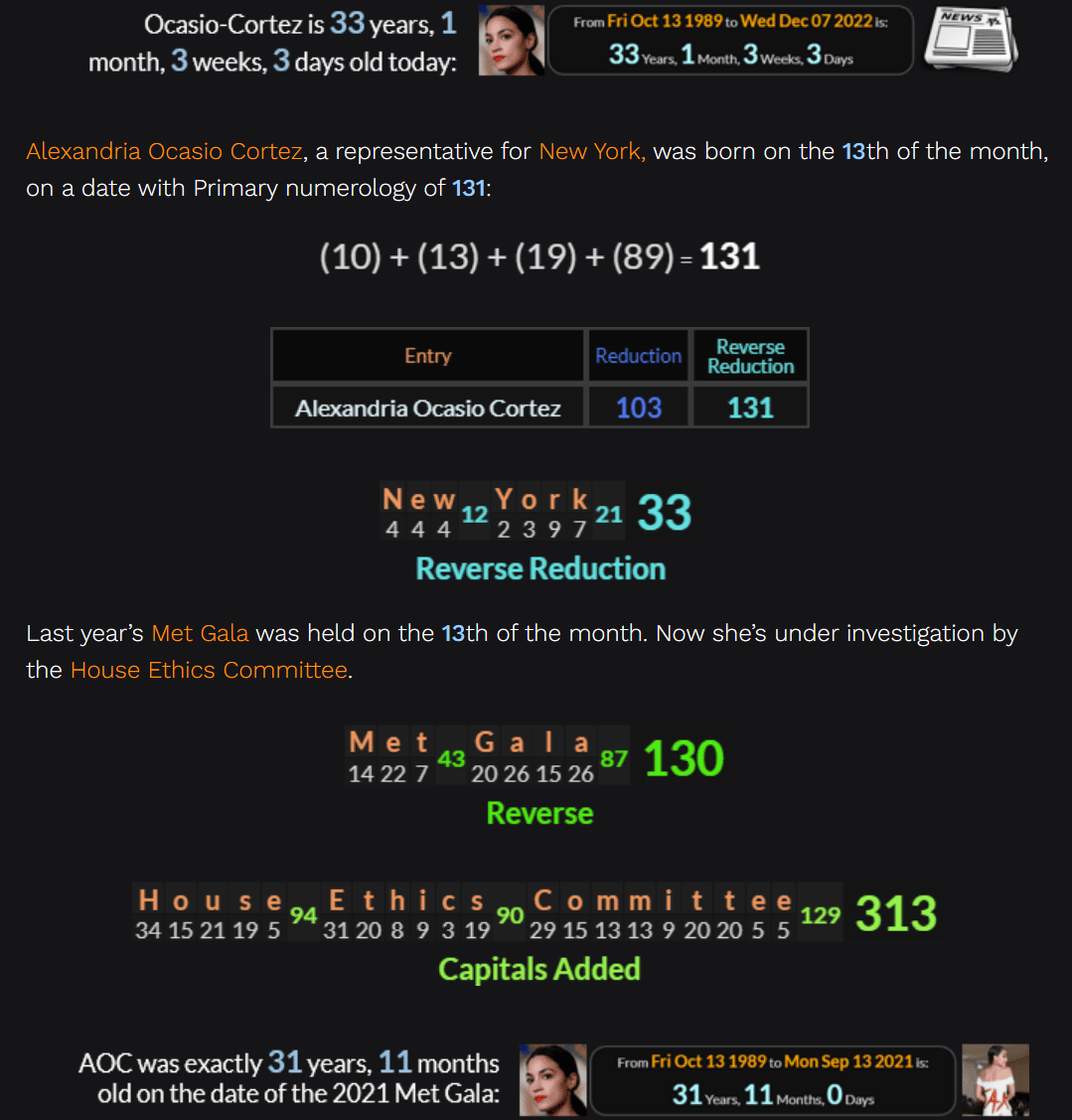 This investigation stems from AOC’s 2021 appearance at the Met Gala, at which she wore a dress that read “TAX THE RICH”. Notice how the text is in red: 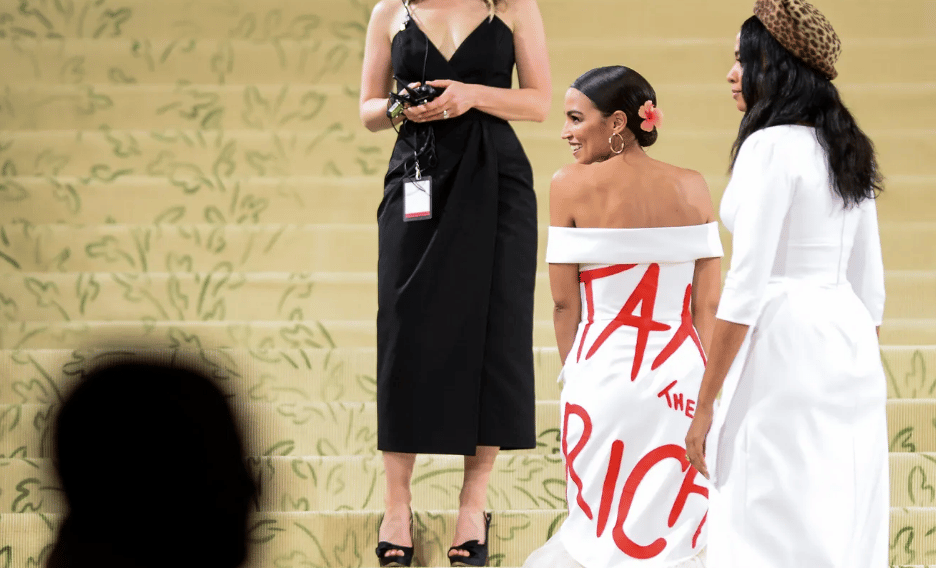 I don’t mean to insinuate that the colors on my website have anything to do with what’s going on in the media…because what other color would you use for a cipher called “Satanic Gematria”?

Alexandria Ocasio Cortez, a representative for New York, was born on the 13th of the month, on a date with Primary numerology of 131:

Last year’s Met Gala was held on the 13th of the month. Now she’s under investigation by the House Ethics Committee.

The ultimate Eclipse number is 1331. Today is 1 year, 3 days after the last Total solar eclipse and 311 days before the Annular eclipse over the United States:

AOC is a Libra, which is ruled by the planet Venus. Today is also 1 month, 3 weeks, 1 day after she turned 103 Venusian Days old:

There are 81 squares in the Magic Square of the Moon:

In a few hours, the Moon will occult Mars

Mars‘ detriment is in AOC’s birth sign of Libra.