I made a video on this story on 2017, but that channel has since been deleted, and this was several months before I started my Blog. But it is absolutely worth a re-visit considering how much work I’ve done on the eclipse code since then.

Typically, you can only safely look directly at the Sun if the sky is full of haze. The woman who died in this incident was named Hays. 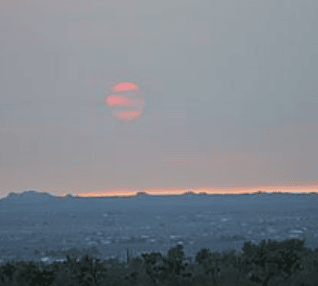 She was with a group of people watching the Great American Eclipse in Hyden, Kentucky. Perhaps you could say they were watching the sun hidin’ behind the Moon.

This is a rough mock-up of the route the car must have taken in order to strike the crowd and end up flipped on its side down a driveway: 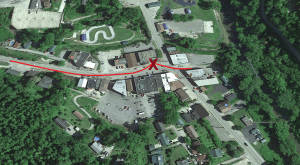 As I have explained in great detail, the number 1331 is the ultimate Eclipse number. The second number that sums to 1331 in basic ciphers of English gematria is 38.

Although the article lists her name as Mackenzie P. Hays, by all accounts, she was better known by her middle name Paige, as displayed on her gravestone: 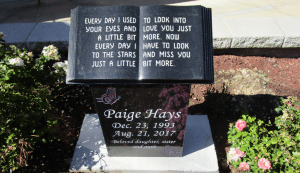 38 is the major number connected to Death, Killing, and Murder.

In the alphabetic order, Alyssa Noble sums to 125, the same value as Paige’s two given names. She was struck while standing outside the Courthouse.

If you instead measure from her most recent birthday…

Hays was struck by Alyssa Noble while watching the Solar eclipse outside the Courthouse.

Almost every article I could find listed the victim’s name as Mackenzie P. Hays.

Her name written this way matches Eclipse across multiple languages.

She was from Hazard, Kentucky.

Alyssa Noble’s Lincoln LS was driving down Main St. which is also known as U.S. Route 421.

The second Great American Eclipse occurs 82 lunar phases after the first one, which is what Paige was watching when she was killed.

I thought it was pretty intriguing that her birthday was December 23rd, or 12/23. This is the gematria of Jesuit Order, the organization that uses an eclipsed sun as their emblem.

“The Jesuit Order” = 201 in Reverse, a highly-significant number to the clan. The car that crashed in Hyden was a 2001 model.