A cause of death has not been revealed? I can’t imagine why. Could Big Pharma’s influence over the media have something to do with that? If I had to venture a guess, I would give this a clear yes.

As a musician touring all over the world, it seems very likely (and may have even been confirmed) that singer Michael Benjamin had received his recommended doses of the COVID vaccine. Can you think of any other reason a normal-looking, fit musician in his early 40’s would suddenly drop dead on stage during a performance? Is there any precedence for this?

In January of 2020, singer David Olney died after suffering an apparent heart attack while performing on stage. However, Olney was 71 years old, elderly enough that this didn’t raise too many eyebrows.

In April of 2019, comedian Ian Cognito died on stage following a heart attack at just 60 years old. Without knowing much about him, comedians often live notoriously unhealthy lifestyles, so this was not unheard of.

There are a smattering of other examples in previous years, but nothing quite like what happened to this 41-year-old with no noted health conditions. In my last video, I explained how the media is not only duping people with lies about the vaccines’ efficacy, but is also duping “truthers” to incite further division among the public. That doesn’t mean Big Pharma’s clot shot is safe (quite the contrary), but they seem to be content with letting those who desire it to find the truth.

Mikaben, who died in Paris, France, was born on the date leaving 187 days in the year:

187 is often referred to as the homicide code:

The date he died has the exact same numerology as the date of that eclipse:

That Hybrid Eclipse falls on the 110th day of the year:

These are the same numbers found in the name Adolf Hitler, who was born on the 110th day of the year.

Mikaben, a Haitian singer, had a Heart attack at the Accor Arena 14,134 days after it opened: 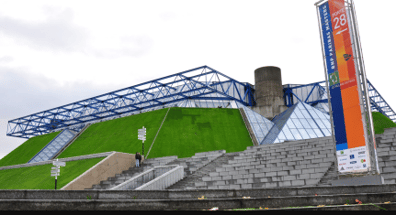 The singer from Haiti died in France on a date with Standard numerology of 47: 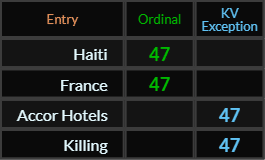 The date also had a Life Lesson number of 31:

In the alphabetic order, Accor Arena has matching 79 gematria with Murder.

38 is a significant number also connected to Death and Killing.

The cause of death is listed as Cardiac arrest.

Michael Benjamin from Haiti died on the 288th day of the year:

One last note – a highly-significant eclipse number is 666. Mikaben died during the 666th week since the big Haiti Earthquake of 2010.

Earthquakes and eclipses are biblically connected. Because 12 is 6+6, the verse of Revelation that mentions both is numerically representative of 666:

The first-ever eclipse to have been predicted before it occurred was the Eclipse of Thales, which was in the year 585 B.C. Thales of Miletus was also credited with being one of the first people to search for the true cause of earthquakes. In fact, Oklahoma reportedly broke a record with 585 earthquakes in the year 2014.