This post will explore how the story of Jeffrey Dahmer, who allegedly killed and even consumed his victims, was carefully crafted to align itself with a significant solar eclipse over the United States.

In 1994, Jeffrey Dahmer was baptized while in prison. This happened on May 10th, the same date that mass murderer John Wayne Gacy died, and the same date that an Annular solar eclipse passed right by Milwaukee, where Dahmer’s reign of terror over the community occurred: 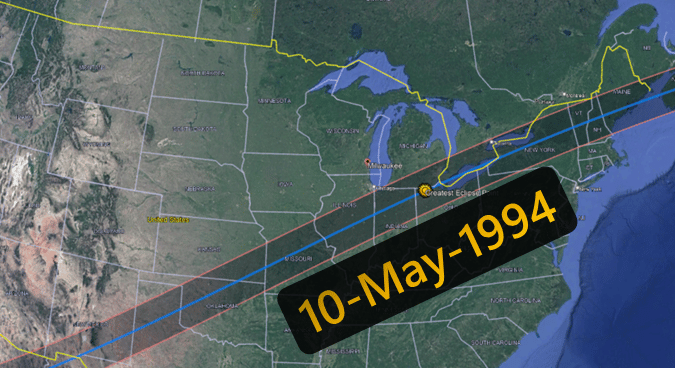 Notice how the point of Greatest Eclipse fell over the state of Ohio. Prior to killing his remaining victims in Wisconsin, Dahmer’s first murder occurred in Bath, Ohio in ’78.

This eclipse fell on the 10th of May, or 10/5. Jeffrey Dahmer, a.k.a. the Milwaukee Cannibal, was born on a date with Primary numerology of 105:

Recall how the false flag mass murder of homosexuals at Pulse Nightclub in Orlando was on the date 6/12/2016. This was because Revelation 6:12 mentions both a solar and lunar eclipse.

This is the same date in history that Skull and Bones founder Alphonso Taft passed away. His secret society has been accused of using homosexual acts for initiation:

The first annular eclipse to occur after Dahmer was born fell on February 15th, or 2/15: 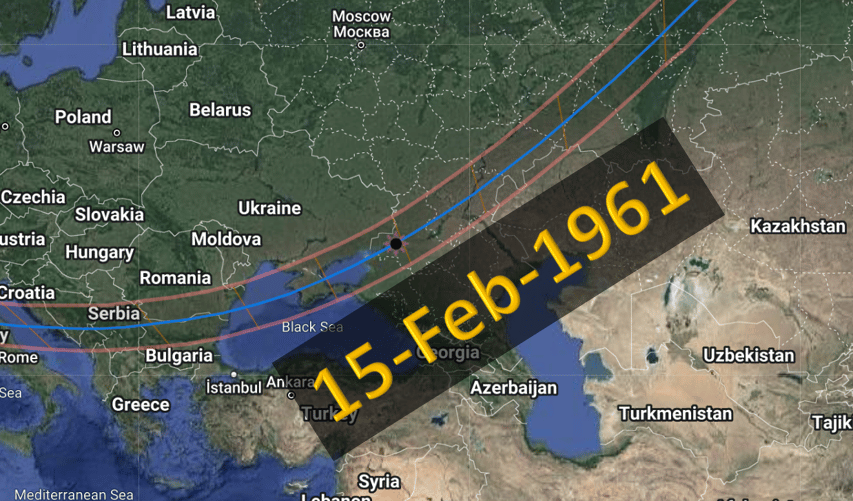 Most of Dahmer’s murders occurred at his apartment at 213 N. 25th St.

The man who murdered Dahmer in prison, Christopher Scarver, was born in ’69 on July 6th, or 7/6, which is the birthday of Skull & Bonesmen George W. Bush. He was 9276 days old on the date of that killing.

Dahmer literally kept skulls and bones belonging to his victims.

We are able to predict the date and time of eclipses thanks to the Saros cycle, which lasts 223 lunar phases. This is the Hebrew value for The Moon.

Twelve of Dahmer’s seventeen alleged murders occurred at his last residence, Oxford Apartments. This has matching 223 gematria with Skull and Crossbones.

This number is the inverse of what’s shown on Yale University’s Skull and Bones emblem, 322:

Skull and Bones is a fraternity located at Yale University in New Haven, both of which match Jeffrey Dahmer in gematria.

The new Jeffrey Dahmer miniseries on Netflix debuted 123 days (or 124 w/ end date) after his birthday:

Christopher J. Scarver was the name of the man who killed Dahmer, who himself murdered 1 person in Ohio and 16 in Wisconsin.

This syncs up with the Latin value of Cannibal, which also sums to 146 in Standard.

Dahmer was finally arrested for his string of murders on the 22nd of July, or 22/7. Without his middle name, Jeffrey Dahmer sums to 227 in the Reverse cipher. This is the 49th Prime number, connecting to Dahmer.

The eclipse near Milwaukee was in 1994

He was killed by a man named Christopher on the date leaving 33 days in the year:

The crucifixion of Christ is accompanied with darkness falling over the daytime sky, similar to an eclipse.

Dahmer was a span of exactly 330 months old when he committed his first murder in Wisconsin, and it was also a span of 156 days after the anniversary of his first in Ohio:

Dahmer was called the Milwaukee Cannibal, which matches 33 in gematria.