Although this occurred on Wednesday, it didn’t make the news until the 15th of July, or 15/7.

The city of Westminster has matching 165 gematria with both the common and full names of the murderer, who was reportedly killed on Friday.

I must say – this story being in the headlines today tripped me out a bit. Starting on July 12th, the day before this incident, my fellow researcher Bobby has been sending me info regarding how each sign on the Zodiac is associated with a direction, either North, South, West, or East. This story about Bobby East dying in Westminster is a perfect opportunity to teach this concept.

Bobby East was a Sagittarius, ruled by Jupiter. The Zodiac sign associated with the East is Aries. Notice how Jupiter is currently in Aries: 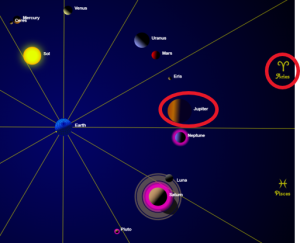 His Death / Homicide occurred in Westminster, California, which the 118th meridian splits in half: 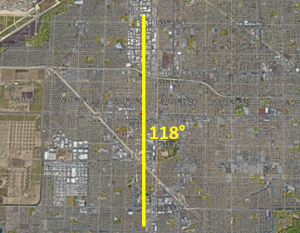 Westminster is also on the 33rd parallel:

The 13th Triangular number is 91, the Ordinal value of Bobby East.

Bobby was killed on the 13th in Westminster in connection to Jupiter.

Their next Dog Show in February will be the 147th, matching East’s full name.

Their first Dog Show was in the year 1877 – that’s the 288th Prime number. Bobby East was an accomplished driver in circuits sanctioned by the United States Auto Club.