Have you ever seen a highway so….high? 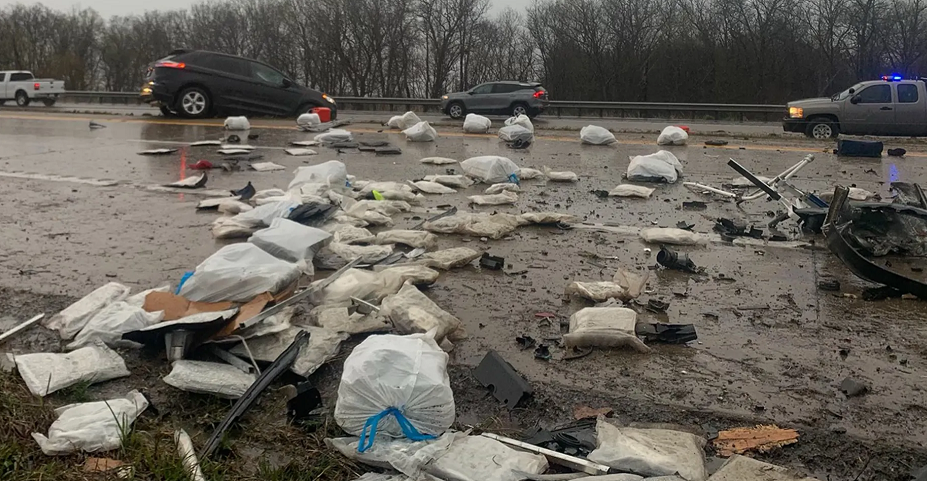 This crash involving the spillage of – let’s go ahead and call it a fuckton of weed – occurred appropriately on April 20th, or 4/20, the day that many people recognize as the “weed” holiday. The Hebrew word for Smoke sums to 420.

This story about a crash in Missouri mentions the MORE Act, which is the current bill working its way through Washington in an attempt to legalize marijuana possession.

420 is the Sumerian value of any word that sums to 70 in Ordinal. This crash occurred on Interstate 70.

In Pythagorean gematria, the word Marijuana sums to 34.

The driver of the vehicle that lost its stash was 34 years old:

Notice how the man who crashed on Interstate 70 is named David Navarro. This reminds me of Dave Navarro, the guitarist for Jane’s Addiction. Addiction…drugs…

This crash occurred in I-70.