When I first started this blog at the end of 2017, my intention was to share as much numerology as I could. As time has progressed, I’ve tried to focus more on showing how gematria is the “glue” that connects synchronicity. This stands to reason, given my name’s connection to both of these words.

The topic of Synchronicity is one that has fascinated the world’s most recognized psychologists, particularly Carl Jung, an understudy of Sigmund Freud. In his 50’s, Jung began studying and lecturing students about the phenomenon, and how it could be used to potentially help psychiatric patients.

I strongly believe that gematria and numerology can also provide therapeutic benefits to people who are struggling with what their role in the world is and what it all means. If Carl Jung had the means to properly study gematria, it would shock me if he wasn’t equally as blown away by its implications.

Naturally, the man who first introduced this concept to the greater public died on June sixth, very much by the numbers of his name.

A few weeks ago, I made this post about YouTuber Mr. Beast, who has myriad connections to the number 666. It has become quite apparent to me over time that people with the number 666 coded into their name tend to be more strongly-connected to their purpose here on Earth than the rest of us. This is of course connected to the geometry of our planet: 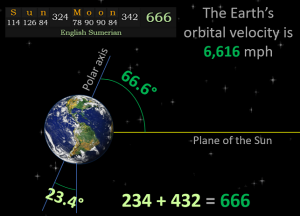 Carl Jung was born on July twenty-sixth
He died on June 6th, written 6/6