This story about Queen Elizabeth II is quite clearly-connected to tonight’s NBA All-Star Game, which is being hosted by the Cleveland Cavaliers.

The other major sporting event today is the Daytona 500. It’s the 64th edition of the race since its inception.

Tonight’s NBA All-Star Game is being held in Cleveland, Ohio.

Elizabeth II, who lives in Buckingham Palace, was born as Elizabeth Mary. She’s now the head of the Royal family.

Tonight’s All-Star Game will be the 71st in the history of the NBA.

The two captains of tonight’s game, LeBron James and Kevin Durant, were born a span of 1370 days apart: 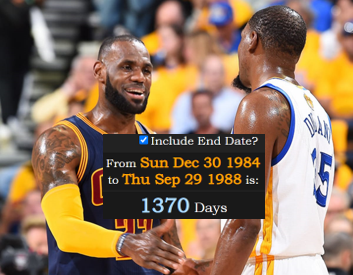 Despite being triple vaccinated, the Queen has allegedly been diagnosed with COVID-19. She and Prince Philip first received the COVID-19 vaccine on 1/9 last year.

Today is 2/20 of the year ’22. These are very significant numbers to the Coronavirus pandemic.

The Sun’s atmosphere is called the “Corona”, and is only visible during a Total solar eclipse. Today’s date can also be written as 20/2.

The Queen was born on the 111th day of the year:

The All-Star Game is being played in Cleveland, which is the largest U.S. city that lies in the direct path of the 2024 Great American Eclipse:

Today is the date that leaves 314 days in the year: