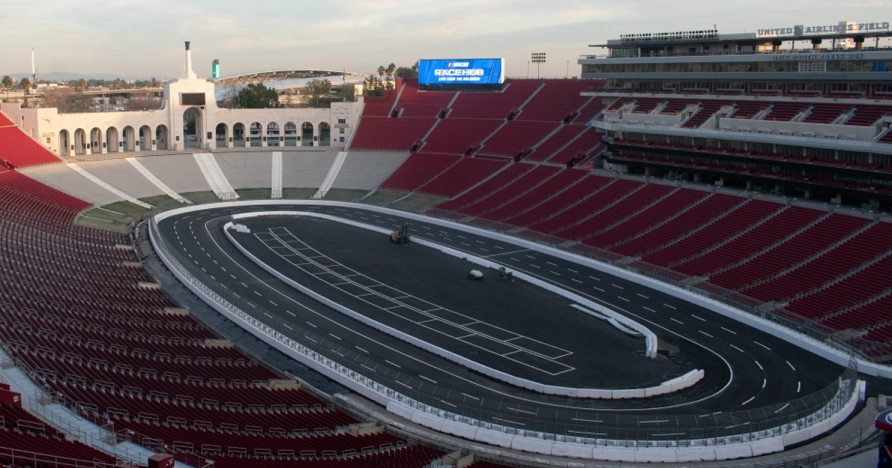 The first-ever NASCAR race at the Los Angeles Coliseum was held on February 6th, or 2/06, which is the 37th day of the year, leaving 328 days on the calendar:

NASCAR has Ordinal gematria of 56.

Los Angeles also hosts Super Bowl 56, which will be played on 2/13 in the 213 area code. The game will feature quarterback Joseph Lee Burrow.

The Clash was won by another Joe – Joseph Thomas Logano.

2+1=3. In the post-race interview, we learned Logano’s wife was about to have their third baby that weekend.

The race was held on February 6th, or 6/2. The name Joseph Burrow sums to 62 in Reduction.

Joey drives the #22 car, fitting for the first exhibition race of ’22. The Clash began in the year ’79, which is the 22nd Prime number: 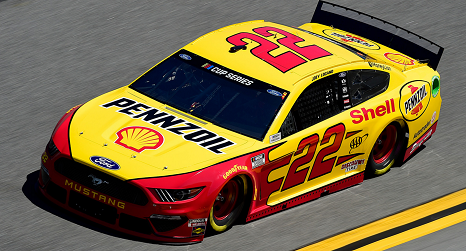 The runner up was Kyle Busch, which stands out because the race was sponsored by Busch Light. More on this in my post on Moses J. Moseley.

Even though I never watch NASCAR, the novelty of this track caused me to pull up a video on YouTube, hoping to watch some qualifying or heat races. Instead, I ended up clicking on this video, which was actually the iRacing simulation of the weekend’s event.

Equally annoyed and intrigued, I skipped to the end of the video to watch the finish. I was pretty alarmed when I learned the winner, Casey Kirwan, had just changed his number to 95 before the race.

The reason for the change was because that’s the number of Lightning McQueen in the movie Cars (see how Lightning was previously coded into a race):

In the film, Lightning races at the fictional Los Angeles International Speedway, which looks similar to the L.A. Coliseum: 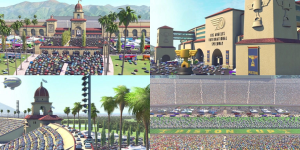 The soundtrack for Cars was by Randy Newman, whose song “I Love L.A.” is frequently played over the speakers at events in the city, as it was at this weekend’s Clash.

The name Casey Kirwan has matching gematria with Ninety-five.

The only other number with Ordinal gematria of 129 is 99.

In the post-race interview, Casey explains how badly he wanted to win the race, even though he didn’t quite know why. Do his numerical connections to the Coliseum have something to do with this?