Saget, who was 52 when his Roast aired, died in Florida on a date with Primary numerology of 52 and 16:

Bob Saget was perhaps best-known for his role on the sitcom Full House.

The date he died also had Reduced numerology of 14:

Although Full House is the show that made launched Bob Saget to stardom, it was the TV show America’s Funniest Home Videos that I mainly remember him from. Bob died on a Sunday, which is the day of the week AFHV has always aired. 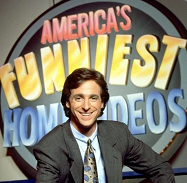 Bob from AFHV , often referred to as America’s Dad, died on the 9th day of the year, written 1/9:

The show has gone through several hosts since Bob left. The current host is Alfonso Ribeiro: 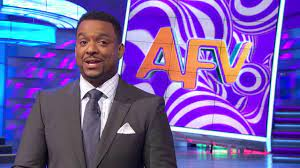 Ribeiro is best-known for his role on the TV sitcom Fresh Prince of Bel-Air. Next month, a reboot called Bel-Air will begin airing on Peacock. The main character of that series is from in Philadelphia, which is where Bob Saget was born. 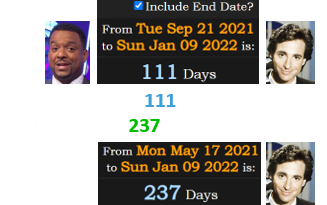 Bob was born on May 17th, written 17/5 internationally.

America’s Funniest Home Videos debuted 193 days after Bob’s birthday. That’s the 44th Prime number. The show Bel-Air will be debuting on the 44th day of the year:

Robert Lane Saget has matching 144 gematria with Orlando, Florida, where he was found dead.

Saget’s Roast was hosted by John Stamos, who was a great friend of his: