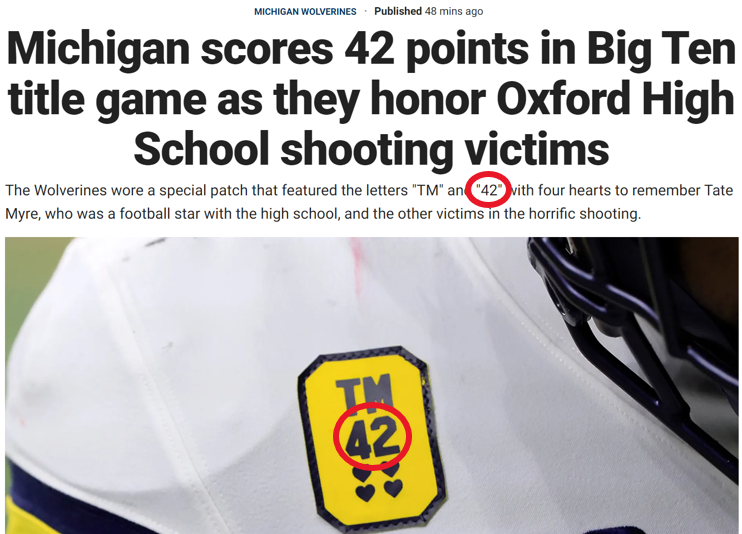 Sometimes the media makes my decodes a lot easier: 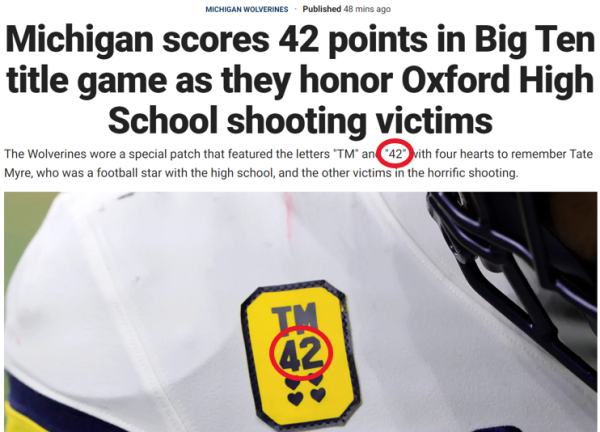 The O on the Wolverines’ uniform today is the 15th letter.

Today was the date of this year’s only Total Solar Eclipse, the big “O” in the sky:

The number 42 has matching Ordinal gematria with Wolverines and Eclipse sacrifice.

The initials TM stand for Tate Myre, the football player allegedly killed in this past week’s Shooting at Oxford HS.

The Oxford shooting was on a date with Primary numerology of 82:

The names in this story are so strange. The shooter was Ethan Crumbley…like the crumbling economy in the US…Tate Myre…the States are mired in multiple crises – just thinking out loud. Well…thinking with my fingers. I don’t actually say out loud what I’m typing. Running numbers is “weird” enough.

One of the other victims is even named Baldwin. How odd is that, considering Alec Baldwin was back in the news this week because of a stupid interview he gave on the Rust shooting.