The Griffith Observatory was inaugurated in 1935.

As I explained in this post, (appropriately made in ’19), the Griffith Observatory is a numerical tribute to the Metonic cycle.

The Metonic cycle is 19 years long, which is a significant number to Adele, whose debut album, simply titled “19“, was released when she was just 19 years old, on a date with numerology of 19:

The album’s release will be on November 19th, which is the date of the longest Lunar Eclipse in over 500 years. There will not be a longer one for over 600 years.

Adele seems to be quite fond of Saturn – She’s been known to wear giant Saturn earrings in addition to proudly displaying her Saturn tattoo: 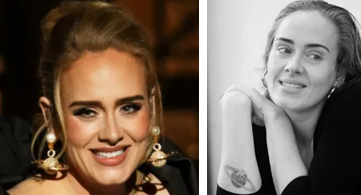 21 was the name of Adele’s second album, although she was no longer 21 when it came out.

21 was released exactly 156 weeks after 19, and her show at the Griffith was exactly 561 weeks later:

The Magic Square of Saturn sums to 45:

The show was a span of exactly 45 weeks after the last Total Solar Eclipse.