The death of Terence Wilson made headlines in the early morning hours of November 7th, or 11/07.

A musician named Astro dies the same day that we learn about the Astroworld tragedy, which occurred just three days after the Houston Astros were eliminated from the World Series? Could the coincidence factor be any higher here?

The Houston Astros just finished their 57th season. The Astroworld incident occurred on a date with Primary numerology of 57:

Terence Wilson was born on the anniversary of modern Freemasonry, which is June 24th, or 6/24.

In Ordinal and Reduction, Jesuit has the same gematria with Sunday.

We learned about his death on November 7th, a Sunday, which leaves 54 days in the year:

The Jesuit Order was formed in 1540, and news of Astro’s death broke a span of 1540 days after the Great American Total Solar Eclipse: 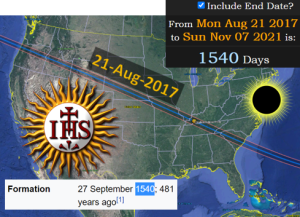 Most outlets are saying Wilson died after a Short illness: 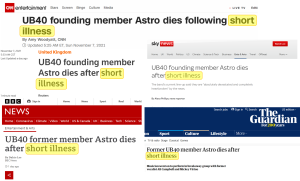 Both Sacrifice and Ritual sacrifice sum to 73, like Astro.

I often call this the “Jesuit” Eclipse, as the point of Greatest Eclipse was directly over Argentina, where the first Jesuit Pope, Francis, is from. The phrase Ritual human sacrifice has matching 895 Latin/Jewish gematria with Thirty-three.

Both Eclipse and Jesuit Order have gematria of 33 and 69.

Even CNN’s headline paid tribute to this code.

The name Astro is of course a nod to outer space, which NASA claims to travel through. Their fake Moon landing was on July 20th, written 7/20.

The Astroworld crush that killed at least eight people fell on November 5th, written 11/5 or 5/11. Reggae artist Astro died at the age of 23,511 days old: